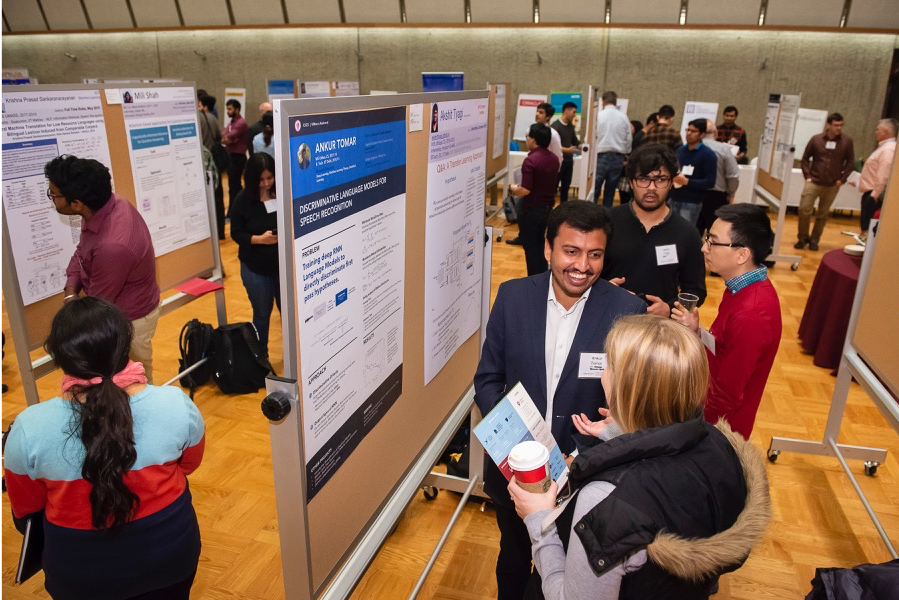 A busy and high-energy event, the 2018 Center for Data Science Career Mixer connected more than 100 data science students with scientists and engineers visiting from the Center’s industry partners. Each student presented a poster on a research project, with topics including natural language processing (35 posters), machine learning methods (16 posters), machine learning in practice (29 posters), and information retrieval (7 posters). Data scientists from a variety of companies attended, including startups such as Armored Things and Tapjoy, and established corporations like Amazon, Google, IBM, Microsoft and Oracle. The industry visitors had the opportunity to explore the students’ work, and network with students and faculty.

Kristin Lieber, a data scientist with Microsoft’s AI Development Accelerator Program (MAIDAP), said “The student projects were an excellent measure of their skill and creativity.” She was most impressed by the students who used novel datasets in creative ways. Lieber, a UMass alumna who received her Master’s degree in statistics in 2017, was hired by Microsoft after meeting Microsoft data scientists at last year’s Career Mixer.

The Information Sciences Institute attend the mixer to recruit for both full time roles and summer interns. Richard Guilmain, a research programmer at ISI, came looking for candidates with natural 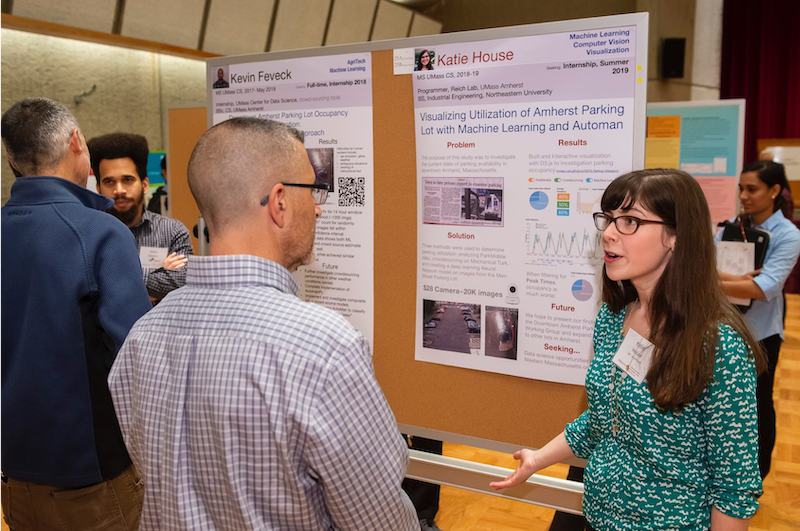 language processing (NLP) experience, and was happy with the depth and volume of the student’s NLP knowledge. “It’s across the board good work” said Guilmain.

MITRE, a nonprofit government-funded research company, attended the mixer to connect with the center and recruit students. According to Michael Norman, a complexity science area lead, MITRE is looking for creative, ambitious, and technically apt students who want to work on a dynamic array of technical projects focused on serving the public good. Norman graduated from UMass with a degree in computer science, and got his first professional job at a similar career fair in 2004.

Chris Lord, co-founder and CTO of Armored Things, came to the mixer with a list of students he was looking forward to meeting. He has already hired one UMass student and is planning to expand Armored Things’ engineering department by as much as 50% with recent graduates.

“The sheer volume of research is ... unbelievable,” said Steven Willis, an investment committee member with the UMass-affiliated Maroon Fund. Willis was at the mixer to scout potential investment opportunities: student projects that could be turned into start-ups. He was impressed with the quality of research. 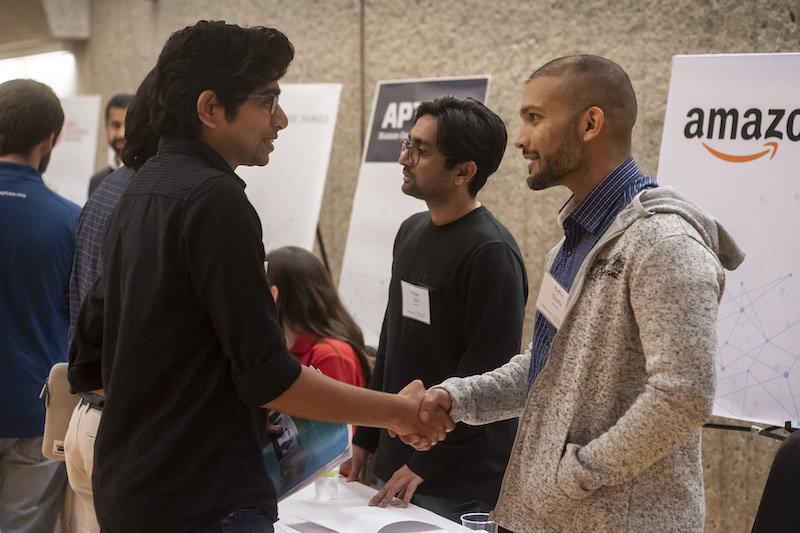 Jared Rondeau, a first year PhD student in computer science, came to the career mixer to secure a summer internship. His project, titled Deep Modeling of Human Guesses for Apparent Age Estimation, employed a convolutional neural network to determine the age of a person, based on a photograph, by modeling human estimates of age. He commented that his presentation was well received by the visiting firms.

Many of the companies repeated their attendance from last year’s event, such as Bloomberg, Chan-Zuckerberg Initiative, Oracle, and Pratt & Whitney. A growing body of  evidence shows that companies take full advantage of the exclusive access to talented data science students they meet at this annual event. One company representative mentioned that she will be actively recruiting four students she spoke with  at the event.