College of Information and Computer Sciences (CICS) doctoral students Su Lin Blodgett and Hamed Zamani were recently selected to receive the Accomplishments in Search & Artificial Intelligence Award, sponsored by Microsoft. The awards were presented at the Center for Data Science’s 2019 Data Science Research Symposium on April 24 and recognized CICS graduate students who have achieved significant research accomplishments in the broad areas of search and artificial intelligence (AI). 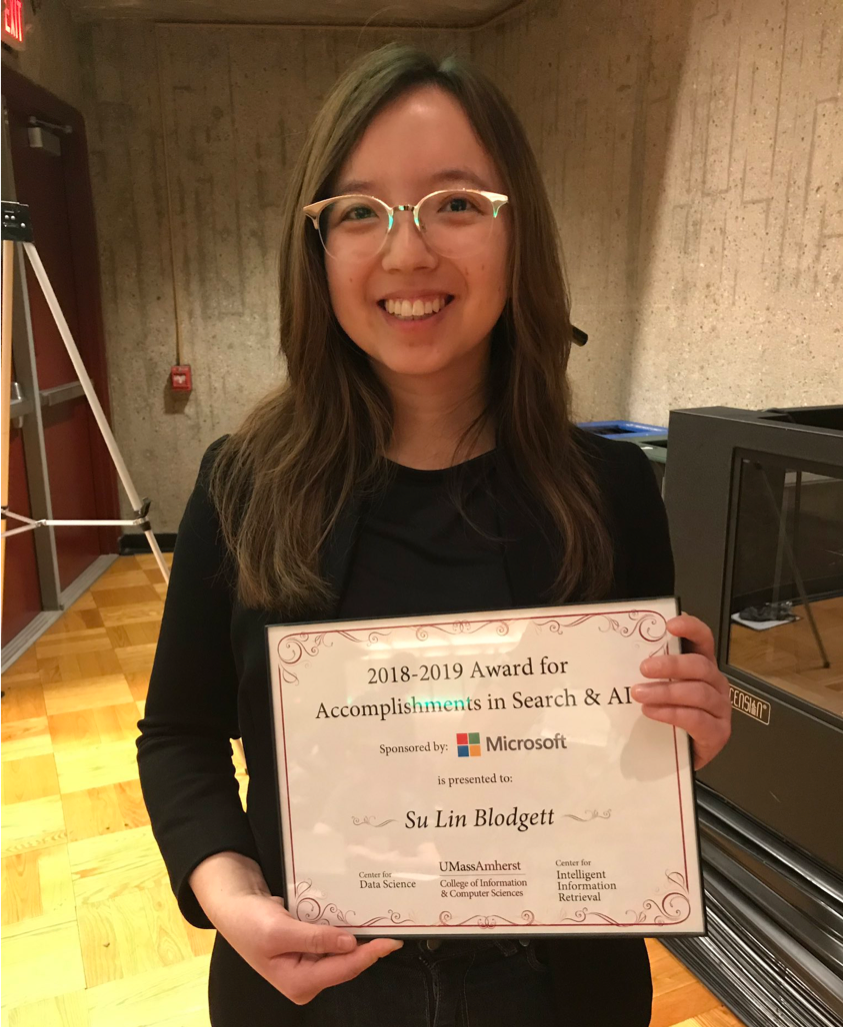 Blodgett is a doctoral student in the Statistical Social Language Analysis lab interested in developing fair, robust statistical text analysis tools to answer social science, particularly sociolinguistic, questions. Currently, she is working on developing models to identify dialectal variation on social media. In one research project, she focused on African-American English, a dialect spoken by tens of millions of people. This dialect rarely appears in books and newspapers, but is very prevalent in social media, where people speak conversationally.

“Su Lin’s work on racial disparity in natural language processing has already had an impact on AI research, and has clear implications for search systems and other language technologies -- as well as bridging AI to linguistics and the social sciences,” says Assistant Professor Brendan O’Connor, Blodgett’s doctoral advisor.

Blodgett  joined CICS in 2015 after receiving a BA in Mathematics from Wellesley College. She received a competitive NSF Graduate Research Fellowship in 2017.  Blodgett is an active community member, who works with multiple student groups on campus to promote female participation in computer science and STEM fields, serving in leadership positions in CS Women, and helping run workshops on gender in CICS. She accepted an internship position this summer at Microsoft Research in New York City in the office of fairness/ethics in AI. 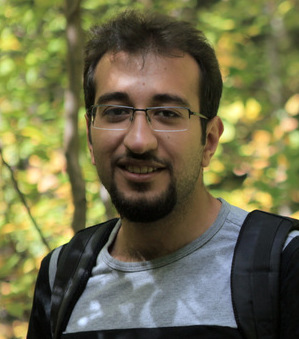 Zamani  is a doctoral student in the Center for Intelligent Information Retrieval (CIIR).  His research focuses on developing models of information retrieval and related tasks, such as recommendation, along with the training, indexing, and evaluation methodologies needed to demonstrate that these models are effective and can be implemented in real, large-scale applications. He has over 30 publications in high-quality conference proceedings and journals.

“Hamed Zamani is rapidly building a reputation as one of best young researchers in the information retrieval (IR) community. He has already made an unusually high number of very significant contributions across a broad spectrum of areas of IR. This research has involved many collaborations with researchers across the world, in addition to his thesis research. His recent research is generally regarded as some of the most innovative, using neural network models and machine learning techniques for information retrieval,” says Distinguished Professor Bruce Croft, Zamani’s doctoral advisor.

Zamani joined CICS after receiving a BS and MS in Computer Engineering from the University of Tehran in 2013 and 2015 respectively. He has received the CICS Outstanding Teaching Assistant Award and the CICS Outstanding Synthesis Project Award. Zamani  has served as a program committee member for the SIGIR, WWW, WSDM, RecSys, and CIKM conferences, in addition to a number of workshops, and he has organized two ACM workshops. He has also completed reviews for a number of journals. Recently, he was made the ACM SIGIR Student Liaison representing North and South America.