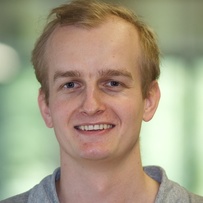 Przemyslaw Grabowicz joined the College of Information and Computer Sciences as a Research Assistant Professor at the end of 2018. Before coming to UMass he completed a master’s degree in applied physics from the Warsaw University of Technology, and a PhD in interdisciplinary physics from the University of Balearic Islands. He was also a postdoctoral researcher at the Max Planck Institute for Software Systems in Saarbruecken, Germany.

Grabowicz’s research interests lie broadly in two areas, the first being the interaction between social processes, e.g., social influence or information diffusion, and the design of social media systems. His research looks at how social media systems can be designed to reduce polarization, so that impartial information diffuses more easily. He studies how people are influenced by what they see on social media -- for example, how they react to the number of thumb ups and thumbs down, or the number of positive and negative comments on a piece of content. Grabowicz is interested in the design of rating systems, algorithms sorting comments, and recommender systems to decrease the amount of polarizing information shared online. “My research is applicable to any company that implements design systems with social components. These issues can appear in smaller systems such as specialized expert forums, as well as larger systems like social media. My focus is on how to design systems to maximize the quality of discourse instead of exacerbating polarization.”

In his free time, Grabowicz likes to play interactive games -- both board games and computer games -- that involve strategic thinking in a challenging environment against other players.

To learn more about Grabowicz and his research, visit his website.