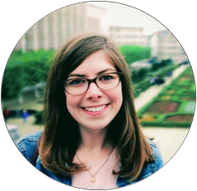 Katie House, a College of Information and Computer Sciences (CICS) master’s student, has been concerned about the issue of gun violence since she was a child. She is also passionate about data science, and at TechTogether Boston, Boston’s largest all-female and non-binary hackathon, she had the opportunity to merge the two interests. The result was Deepcheck, “a modern, accessible, and dynamic machine-learning powered web portal for firearm sellers,” conceived to enhance mandatory background checks on individuals seeking to purchase a gun.

It all began with House's participation in the CDS Industry Mentorship Program which House participated in. Through her work on the Microsoft Azure team, she gained extensive knowledge of and experience with the Azure platform and its features, particularly its machine learning services. House likes to keep up with the news through podcasts, and on the first night of TechTogether Boston, she listened to the New York Times' The Daily, which discussed how New Zealand's government took less than a month to ban assault rifles in response to the mass shooting in Christchurch. This quick response struck House, and she wondered if there was more that could be done in the US, outside the political process, which is notoriously slow. She wanted to see how a computer science student could contribute towards reducing gun violence in the US.

At TechTogether Boston, House partnered with Disha Srivastava, a first-year CICS undergrad. In their initial brainstorming, they realized that while they can’t change laws, they could explore the idea of improving the process for background checks for potential gun buyers. During the research phase, House and Srivastava learned that the factors that may currently prevent an individual from purchasing a firearm -- felony or violent misdemeanor conviction, drug addiction, mental health, citizenship status, and others -- are one-time snapshots of data, and not real-time. Using Microsoft Azure, they developed Deepcheck, a prototype tool that applies a natural-language processing algorithm to an individual’s real-time social media activity to help assess potential risks for improper use of a firearm. The algorithm looks for offensive language, hate speech, or encouragement of violent crime, in order to characterize anti-social sentiments in individuals who may not have a criminal record. Deepcheck won three awards: Best Use of Microsoft Azure, Best Use of Human-Centered AI, and the Fake News Political Polarization Challenge. House and Srivastava are excited by the potential of this prototype, and hope to make it easy to use and open source in the future. 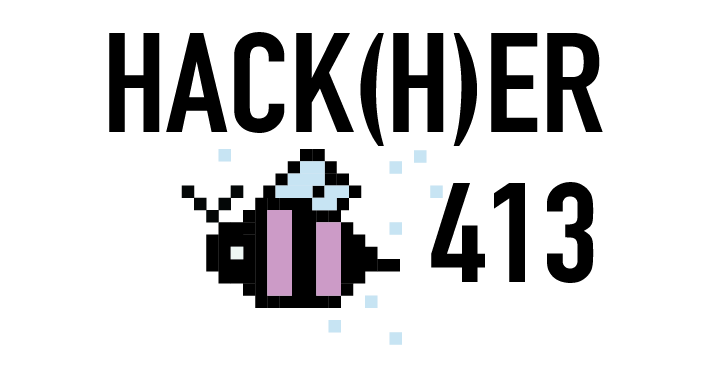 House is the founder of HackHer413, the first all-women and non-binary student hackathon in Western Massachusetts. Planning and participating in hackathons is a particular passion of hers. “Hackathons are a great opportunity to pursue something you’re passionate about in a manageable amount of time, push your limits, and meet people interested in innovation.” She founded HackHer413 because she wanted to bring creativity and focus to getting more women in STEM to Western MA. This now annual event is a great opportunity for industry professionals to see the innovative and cutting-edge projects created by UMass and Five College students. House has passed the organizing on to a new group of students, who are already making plans for the 2020 event. Companies interested in sponsoring HackHer413 can contact the event organizers for more information.