The CDS Industry Mentorship Program gives CICS (College of Information and Computer Sciences) master’s students experience with real-world problems while also providing partner companies the opportunity to make cost-effective progress on business issues. CDS matches teams of four master’s students with a project proposal submitted by one of our IAP (Industry Affiliates Program) members. Companies provide a project statement and at least one data science professional who will meet weekly with the student team. CDS provides a doctoral student and faculty member to supervise students in this one-semester independent-study course.

This year’s cohort of students worked on projects for Amazon, AIR (American Institute for Research), Bloomberg, Chan-Zuckerberg Initiative, Google, IBM, Lexalytics, Microsoft, Oracle, Quantiphi, and Scripps Research. Student teams met with industry mentors once a week via conference call, gave three presentations (proposal, midpoint, final), and wrote three reports. In addition to meeting regularly in teams to work on their project, the entire cohort met on a regular basis for additional skill building -- attending workshops on presentation skills, career panels with alum, and talks on topics such as privacy and ethics. Trapit Bansal, the doctoral student supervising this year’s cohort, thinks these are great opportunities for students. “Students get to learn new skills while applying them to a real-world project. This year’s cohort was very cooperative and supportive of each other, organizing evening work sessions where they would get together, have pizza, and learn from and help each other.” When asked what he would say to a company considering sponsoring a project next year, Bansal said “This would be a good fit for a research-oriented project that you don’t have the bandwidth for right now. In exchange for some of your time mentoring students, you would get a very diverse group of talented students working on the project throughout the semester.” 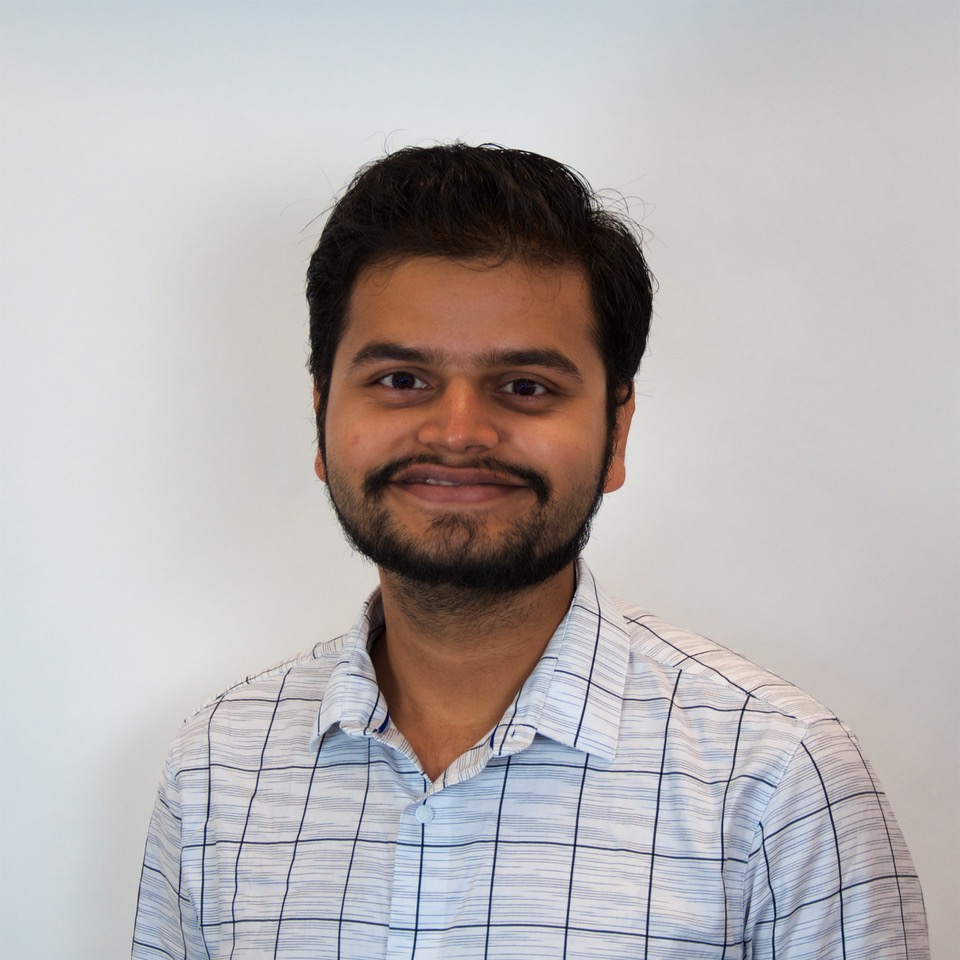 Shanu Vashishtha, a first-year master’s student, worked on the Microsoft Azure project. The Microsoft Azure team challenged the students to show that data scientists can achieve better solutions with Azure than with other platforms. Shanu was interested in this project because the students were being asked to do something that no one else has done before. His experience interacting with the Microsoft Azure team was very positive “We couldn’t have asked for more from them -- they were always available to answer questions, sometimes late at night. They were not just interested in what they could get out of us, but they were interested in us as individuals, always inquiring how we were doing and when our breaks are.” When asked what he would say to a student considering joining this program next year, Vashishtha said, “Just go for it. The experience is unparalleled. No course can match this amount of learning. You not only gain technical skills but also other important skills such as communication, managing time, and working as part of a team for a client who expects results.” 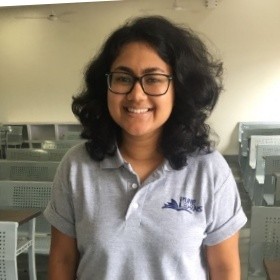 Pallavi Patil, now a data mining engineer at Yelp, was a second-year master’s student when she participated. She was drawn to the idea of working on a semester-long project that would help her transition to a full-time job. Patil worked on a project predicting roll call votes of politicians using universal schema knowledge bases for Bloomberg. Previous work on predicting how a politician will vote used the text of the bill and the politician’s past voting record. But this approach fails when there is no voting record -- for example if the politician is newly elected. The Bloomberg team tackled this issue by using New York Times articles about the politician and Freebase (a database of facts). One of the things that drew Patil to this project was the open-ended nature of the problem statement. While the algorithm and data set were specified, the actual task was up to the student team to decide on. “Being involved in the ideation phase definitely resulted in us being more invested in the outcome,” she said. Patil's advice to companies interested in participating is to be flexible. “[G]iving your group a little freedom to make some decisions of their own is a good way to go. If you're unsure about mentoring because you don't have an idea to propose yet, that's even better, just having a general idea about which area you want to tackle, or which algorithm you want to explore should be enough; you can give your group the freedom to fill in the blanks and come up with their own ideas.” 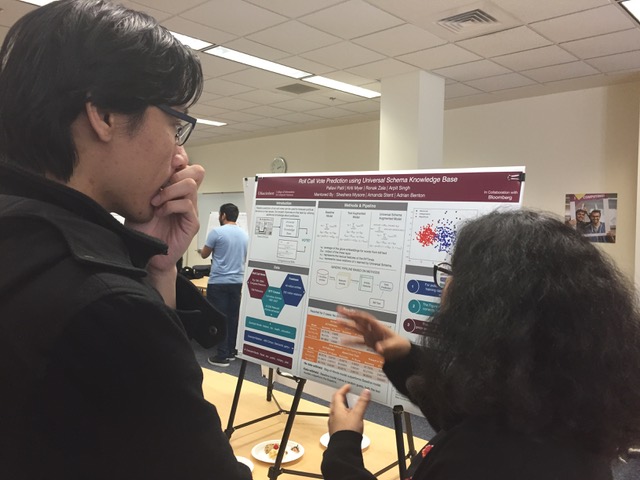 The course wrapped up with a poster session at which each team presented their findings and results. At least two of the project teams wrote papers that have been submitted to conferences -- the Bloomberg team submitted a paper to CONLL (the SIGNLL Conference on Computational Natural Language Learning), and the IBM team submitted a paper to EMNLP (Empirical Methods in Natural Language Processing). Both teams should find out in a month or so if their papers have been accepted. But all the teams have gained real-world experience, in addition to building soft skills and expanding their networks, through the Industry Mentorship Program.