AMHERST, MASS. – The University of Massachusetts Amherst College of Information and Computer Sciences (CICS) is utilizing an unprecedented $15 million gift from the MassMutual Foundation to grow the College’s data science faculty.


The gift, one of the largest donations in the university’s history, will fund eight of the 14 tenure-track faculty the college’s Center for Data Science plans to hire over the next five years. Two assistant professors were hired in the fall of 2016, and two more are joining for this academic year.


“More faculty means we can train more data scientists to be employed by MassMutual and other companies that need their expertise,” said Brant Cheikes, executive director of the Center for Data Science. He pointed out MassMutual’s Data Science Development Program, as well as the company’s data science lab, which is operating in downtown Amherst.


“MassMutual is transforming their business to maximize the value they are able to utilize from their massive data holdings,” Cheikes added. “To make that happen, they need to attract and retain a growing team of highly trained data scientists.”


Cheikes says the center’s long-term goal is to help increase the number of UMass data science graduates who remain in the Pioneer Valley to launch their own businesses and apply their skills in ways that contribute to the region’s economic growth.


“UMass-trained data scientists can serve as engines of economic development in the Pioneer Valley, in the Commonwealth, and beyond,” he said. 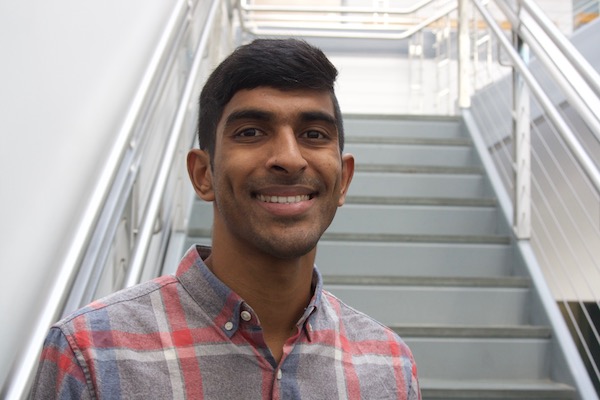 Akshay Krishnamurthy received his Ph.D. in computer science at Carnegie Mellon University. His research focuses on artificial intelligence and machine learning, which lie at the intersection of statistics and computer science. Krishnamurthy said he is especially interested in the theory behind interactive learning, such as deciding when and why certain data collections are better performed in a sequential manner.


“I’m kind of a theorist. At a high level, the question I'm interested in is, how do we collect the right data to learn well, and do this in a sequential manner,” he said. “I think there are still a lot of very basic questions we don’t understand and I’m interested in getting at those.”


Prior to starting at UMass, Krishnamurthy spent a year as a postdoctoral researcher with Microsoft. One project he worked on involved using the game Minecraft as an expansive environment to train machine learning systems to play the game through reinforcement.


Justin Domke received his Ph.D. in computer science from the University of Maryland, College Park. He was 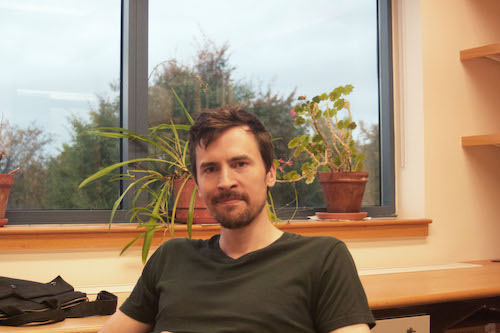 previously an assistant professor at Rochester Institute of Technology and a senior researcher in the machine learning group at National ICT Australia (now the Commonwealth Scientific and Industrial Research Organisation).


“My research is directed towards the goal of allowing people who are experts in these domains to do this type of modeling without a data scientist, someone like me, present,” he said.

Domke said that over the past year, he’s enjoyed the human aspect of teaching. “Research is so ruthless. You work on something, you find out that was wrong, and then you throw away everything you worked on for the past two months,” he said. “There is something nice about teaching in that it is far more reliably awarding.”

He sees the true value in face-to- face discussion, and attempts to foster classroom dialogues as much as he can. “I make real efforts to get people in the class talking and interacting,” Domke said. “There’s something inspiring about having an actual human being in front of you.”

After receiving his Ph.D. in computer science from UMass Amherst in 2015, Philip Thomas has returned to the university as an assistant professor in fall 2017 because 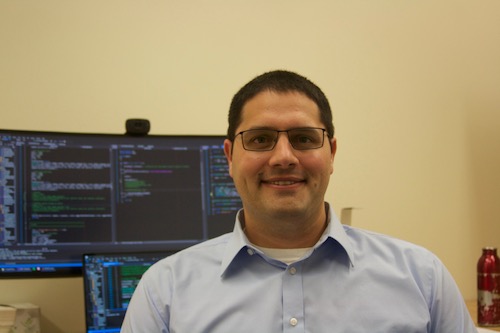 he felt there was “something special” about the department.

As a Ph.D. student, Thomas worked with Adobe Research with data-gathering policies in the context of digital marketing, improving techniques to make advertisements more relevant to people as a way to guarantee improvements in the number of clicks.

Marco Serafini will join CICS as an assistant professor in September 2018. He is currently conducting research at the Qatar Computing Research Institute, where he develops programming abstractions and systems for scalable graph search, exploration and mining. He works to make data science systems and graph processing 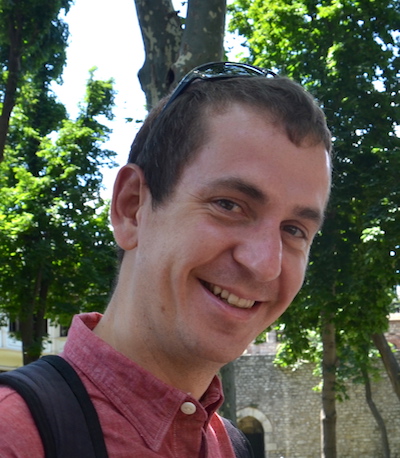 more user friendly, especially when it is necessary to examine large amounts of data.

With all of his work on systems, Serafini is looking forward to coming to UMass to add a more human element to his work. “I really want to start teaching and being in contact with students and giving back,” he said. “For the kind of research I do, I bring in the systems perspective but it’s vital to be able to interact with different kinds of people who do data mining and machine learning.”

Serafini said he wants his students to be engaged with their work, and to be able to walk away from projects with software that can actually be applied outside a research paper.


“You have to be a master of many arts,” he said. “A student’s job is not just to build a piece of software that makes it to a paper and that’s it. I think the students should actually feel the software as their own baby. They should think it’s important and try to make it live beyond a publication, trying to engage with users and beyond.”